LNbank is a lightning wallet system for the BTCPay server. The LN stands for Lightning and thus we are dealing with a Lightning Bank.

Operators of a BTCPay server can provide their users with their own Lightning Wallet.

This Lightning Wallet will then be credited with Lightning payments that are converted on a BTCPay store.

The LNbank solution is especially interesting for operators of a BTCPay server who want to make their own BTCPay server available to friends and acquaintances for use.

Users can deposit their own xPub for Bitcoin payments and get the Bitcoin sales credited to their own Bitcoin wallet.

With LNbank, Lightning payments are credited to your own LNbank Lightning Wallet.

In this article we explain how you, as an operator of your own BTCPay server, activate and set up the LNbank plugin.

Then we explain from a user’s point of view how to create an LNbank wallet.

How to deposit the LNbank Wallet with the BTCPay Store.

Then we will show you how to integrate this LNbank Lightning Wallet into BlueWallet, so that you can dispose of your Lightning balance via your smartphone at any time.

On the Coincharge YouTube channel we have published a German-language video (with English subtitle) on the topic “LNbank – Lightning Bank for the BTCPay Server“,

What can LNbank be used for?

Those who run multiple BTCPay stores on their BTCPay server to capture payment processing for different projects usually want to separate these payments.

With a few clicks, Lightning Wallets can be created for different accounts, which can be linked to BTCPay stores.

The Lightning payments on this BTCPay store are then credited to the respective Lightning wallet and the account holder can freely dispose of them.

The technical base infrastructure is the Lightning Node of the BTCPay Server and LNbank are quasi sub-accounts of this Lightning Node.

If you do not have your own BTCPay server, but use a BTCPay server of a third party, you must be aware that in extreme cases you will no longer be able to access your Lightning Wallet.

While with the Bitcoin Wallet you have access to your Bitcoin on-chain balance at any time through your own key, this is not the case with the Lightning Wallet with a third-party solution. Therefore, this solution should be used only for trial and with very small amounts.

The credit should be transferred to its own Lightning Wallet at any time and for larger turnovers it is recommended to operate its own BTCPay server including Lightning Node and LNbank for its own BTCPay stores and the respective projects.

The plugin LNbank is, since BTCPay Server version 1.4. available and can be activated by the administrator of the BTCPay server via the menu item Manage Plugin.

After clicking Install, the LNbank plugin will be installed on the BTCPay server.

The new menu item LNbank appears in the menu bar.

As an administrator, external users can be allowed to share the internal Lightning Node (Use Internal Node) under the menu item Server Settings -> Policies. If you do not want to allow your fellow users to do this, you should disable this and only allow use via LNbank wallet.

Create a Lightning Wallet with LNbank

In the left menu bar you will find the menu item LNbank.

Via Create a Wallet, the user can create his own Lightning Wallet. For this purpose, a wallet name is selected and then create is clicked.

Each user can create an unlimited number of Lightning Wallet, which will be displayed in its overview.

The balance on the Lightning Wallet is displayed in Sats.

For this purpose, a purpose is entered in the Description field. We set a check mark so that the purpose is transferred with the payment.

The amount is entered into Sats and then a Lightning invoice is created via Create Invoice.

This Lightning Invoice is created as a QR Code or can be forwarded via Copy Payment Request or Public share url.

If this Lightning Invoice has been paid, this will be indicated accordingly.

If you want to make a Lightning payment from your Lightning balance, go to Send.

On the page that appears, you will be shown all the information once again and you can execute the payment with Send.

A payment can be sent via LNURL if you have not received a Lightning Invoice from the payee. This may be the case if you want to make a donation to the payee.

In the LNBank Wallet, if you click on the gear in the top right corner, which is next to the Send and Receive buttons, you will get to the adjacent view.

In these LNBank settings you will find the information about your LNbank wallet and you can, for example, change the name of the wallet.

There you will also find the item LNURL and next to it Receive.

This menu item displays a LNURL address for your Lightning Wallet. You can share this address or the corresponding QR code with anyone who wants to send you a Lightning donation. You can publish this QR code on your website or include it in your YouTube video.

Try it yourself and send yourself a donation from another Lightning Wallet. Here’s what happens then:

After scanning the QR code, the payer is prompted to specify which amount should be sent. Unlike a Lightning Invoice, the payer determines the amount.

Then the payer can specify a comment or a purpose. This information is then transmitted to the payee in order to be able to allocate the incoming payment.

After we have created a LNbank wallet, this Lightning wallet should be used to receive Lightning payments.

Accordingly, we connect the LNbank Wallet to the corresponding BTCPay store.

To do this, we select the appropriate BTCPay store (Coincharge in this case). In the Wallets menu, we click on Lightning and then on Settings.

The selection for Connect a lightning Node appears and select the option Use LNbank wallet.

We select the LNbank wallet that we want to use.

If we haven’t created an LNbank wallet yet, we could do so now.

We confirm this selection with 2x Save and the LNbank Wallet is connected to the corresponding BTCPay store.

All Lightning payments received through this BTCPay store will be credited directly to this LNbank wallet.

You can also access and use your LNbank Wallet from another Lightning Wallet. This works with all Lightning wallets that support LNDhub. These are currently the BlueWallet, Zeus and the Alby Wallet.

Within the LNbank settings you will find the Connect LNDhub item. Here you get the required QR code displayed, which you can then scan from the LNDhub-enabled Lightning Wallet.

After that, the LNbank wallet is also available via the external Lightning wallet. 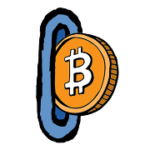 Support Coincharge with a tip.